How My Daughter’s Love for Her ADPi Sisterhood Cured This Recovering Helicopter Mom!

Yes, I admit it. After praying for a child for 12 years and becoming parents practically as old as Sarah and Abraham, the urge to overprotect can sneak up on you as a parent! After all, she’s your princess and any one who sets out to tarnish her crown is going to have to deal with Mama Bear.

As she progressed up through middle school, long gone were the days that I missed the kindergarten teacher pinning a note to her smocked dress, letting me know how her day had gone. But thanks to the guidance and words of wisdom from my beloved Mother, I decided to park my helicopter by the time Hannah was in high school. I knew that Hannah and I had both changed. She had taken initiative to contact her instructors to work out problems without my knowledge and had the nerve to resolve conflict on her own! What? My baby princess had grown up.

But as she prepared for college, my fear and urge to protect her made me want to keep that helicopter parked within sight. Hannah might need her mother to swoop down and rescue her, especially during sorority recruitment! 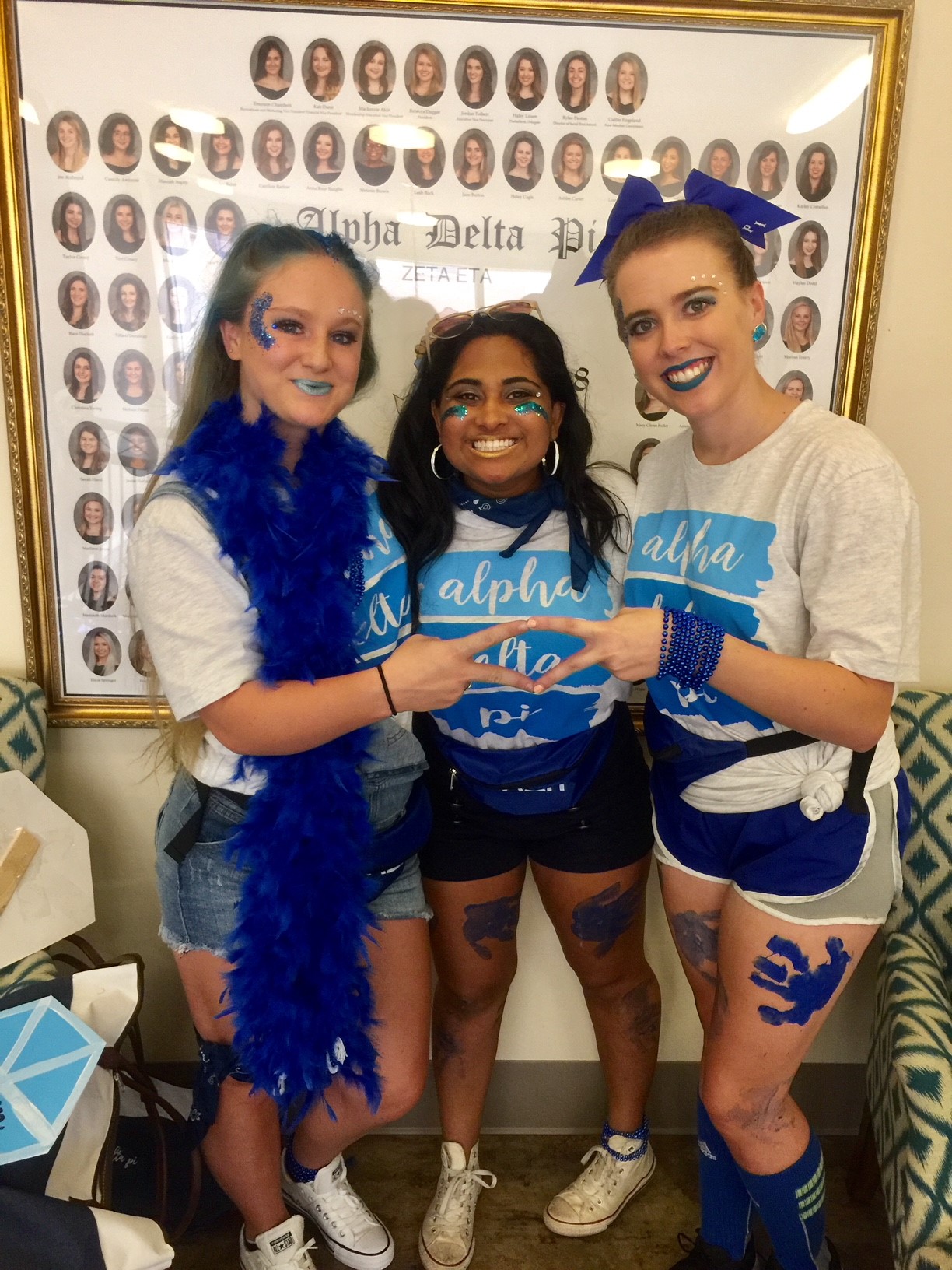 She told me the first day of sorority recruitment she had no doubt that ADPi was her first choice. She described the girls as very authentic. “What you see is what you get with these girls, Mom,” she said. She was also excited about supporting the Ronald McDonald House charity through ADPi’s philanthropic effort. Since I was not in a sorority during my collegiate experience, I wasn’t aware of all the accountability the girls gave each other, both academically and emotionally.

On bid day, I will never forget watching Hannah head to the stage, ready to be introduced to her sorority. She was smiling from ear to ear as I saw her swept up in the arms of a sea of blue as her new sisterhood cheered and welcomed her home. I drove home with a smile on my face.

Well into her fres 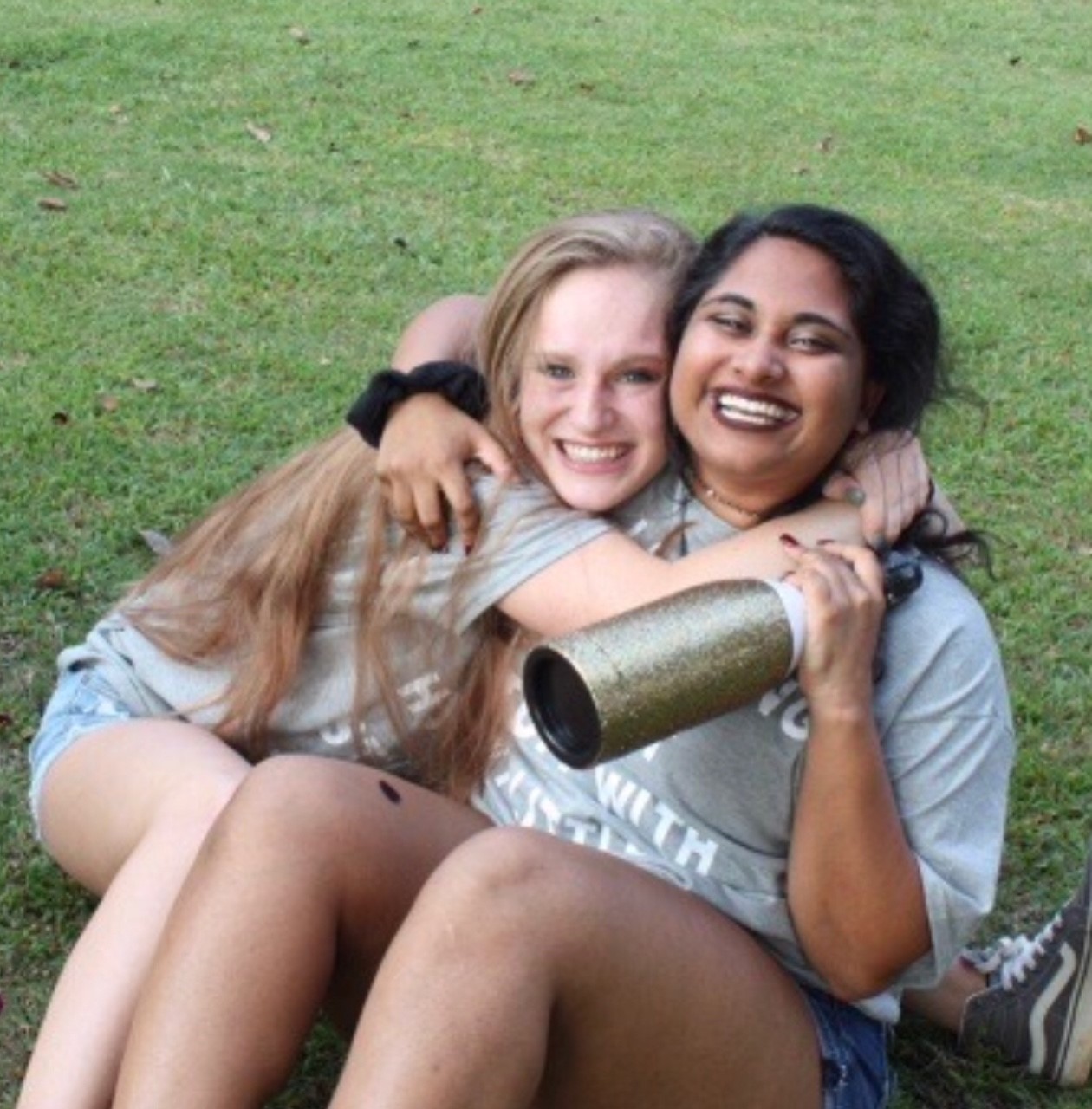 hman year, what surprised me the most was that I saw a JOY return in Hannah that I had not seen since she was a little girl.  Hannah had found her safe place in ADPi, to be embraced and loved by just being herself. No longer was she the shy girl, working behind the scenes. She was now a confident, bold woman who had found her voice. She performed in Step Sing and Step Show and participated front and center. I felt like she had finally found a loyal group of friends, a lifelong sisterhood. I’ve seen how these girls are like family and truly support each other.

As I’ve observed her joy and confidence grow throughout her sophomore year, I can see that protective helicopter flying off into the distance. Her sisters can handle these experiences, and most importantly, Hannah can handle them! Thank you, ADPi!