Spotlight on the Alumna Philanthropy of the Year Award: Jodie Jordan Trncak

Convention year brings a great and exciting time to honor and commemorate sisters from all over the world. This year it is my pleasure to introduce to you the 2017 Alumna Philanthropy of the Year Award recipient, Jodie Jordan Trncak. Jodie exemplifies education, leadership and service through her constant support to Alpha Delta Pi and the Harris County Psychiatric Center.

Jodie is a graduate of Sam Houston State University where she initiated with the Delta Mu chapter and majored in education with a minor in arts. Jodie was nominated for this award by her sisters in the Houston Alumnae Association.

Philanthropic service has always played a major role in her life. She has served the Houston Alumnae Association in various leadership positions as well as serving as chair of various committees. In addition, she is a successful gymnastics coach and has won several awards from the Gymnastic Association of Texas, including the Prestigious Life Member Award in 2010.

I had the pleasure of speaking with Jodie as she discussed her involvement with the Harris County Psychiatric Center. It all started when her church called on her to help with stockings to give to the patients. She took on this project and even involved her Alpha Delta Pi sisters. For the past 25 years, Jodie, with the help of sisters, has collected thousands of various items to fill in stockings and hand out to patients during the holiday season. Last year, they were able to distribute 300 stockings to the patients of Harris County Psychiatric Center. 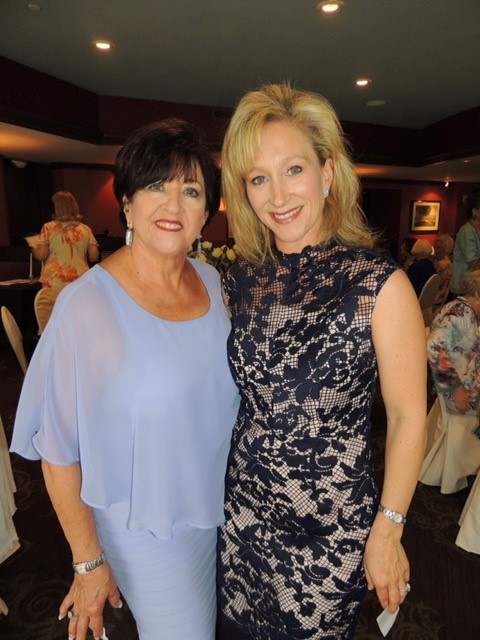 Jodie (left) with her daughter

However, Jodie did not stop there. She continued to give back to the patients. About five years ago, she began collecting art supplies to help patients utilize art as a therapy tool. With the help of Alpha Delta Pi sisters collecting art supplies and providing support, the Harris County Psychiatric Center now offers art classes to patients and has an art instructor come in to use art as a therapy to those in need.

When asked what motivated Jodie to continue supporting and helping the Harris County Psychiatric Center, she shared the story of a man she met at the center. He told Jodie, “the patients of this center are the most forgotten, especially during the holiday season.” Jodie shared that the most rewarding part about giving back is “knowing that we are doing some good for people that need it.”

For Jodie, giving back to the Harris County Psychiatric Center has been rewarding on many levels. With the Harris County Psychiatric Center, Jodie has seen her life’s accomplishment come full circle: not only has she involved her Alpha Delta Pi sisters in the stocking project and art program, but also she’s witnessed how the center has helped one of her former gymnastics students. Jodie shared, “when you start to do good things in your life, it all comes back and makes a full circle connecting it all.”

Thank you Jodie for all you do.