Sisterhood Stories: Being a Part of the Change

sorority, I would have told you that you were talking to the wrong person. I always knew I was a leader, but not a leader of an organization that had centuries of history regarding racial barriers to entry.

I grew up in places that made it known I did not belong, and I had to constantly prove I am worth listening to. I already felt like I couldn’t be myself in the PWI that I attend, and Panhellenic just felt like an institution not worth trying to break into. I am a proud Black woman, and so many of the things I am passionate about are related to my identity as a Black woman. I didn’t think that members of Panhellenic sororities would care about what I cared about, let alone support me in speaking up about those passions. I knew there was potential for change, and deep down inside, I wanted to be part of that change, but I didn’t want to feel like I was doing it all alone.

My mindset changed when I met a woman who I had looked up to for a while — a woman who later became my Big Diamond sister and biggest cheerleader. Like me, she is a proud Black woman who wanted to see a change in Panhellenic. Our chapter did not stop her; instead, they rallied behind her. When I talked to other people in our chapter about her, they wouldn’t stop talking about how much her work was beginning to change the culture of the chapter and our campus’s Panhellenic as a whole. She wasn’t called “pushy” or “dramatic” for continuously advocating for more Diversity, Equity, and Inclusion in the spaces she occupied. Most importantly, she didn’t need to prove she was worthy of being listened to. She taught me that I could create the change I wanted to see while being fully supported by my sisters. 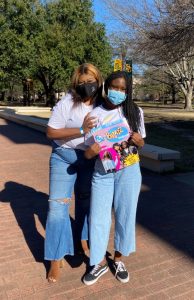 I can say that after being an ADPi for a year, my Big Diamond sister’s experience in ADPi is not a unique one. The members of my sorority not only make me feel heard, but they also push me to keep fighting for what I believe in. They actively try to learn from my story, and I have learned so much from them. Most importantly, they do not see me as an exception to the rule but rather an equally valued part of it. When they saw my work as a Junior Panhellenic Delegate and Director of Diversity and Inclusion, they did not even question if I could perform well in my current position as Vice President of Panhellenic Relations. They know I am ambitious, driven, and passionate, and thus they trust that I will do good work with no hesitation. With their support, I am proud to say that I have been able to slowly but surely bridge the gap between the Panhellenic and Pan-Hellenic councils on my campus, something I have been passionate about from the beginning.

My experience in ADPi is not limited to leadership and advocacy; I have developed so many profound and life-changing connections with members of my sorority.  Even on the international level, I have gained so many mentors and friends on the ADPi Diversity and Inclusion committee. The members of ADPi have not only helped me pursue my passions, but they also have supported me through the most challenging times of my life, and I am forever grateful for them. 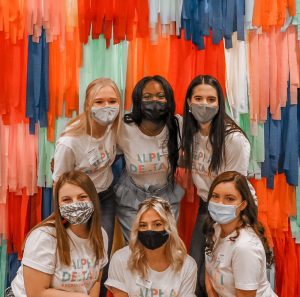 If I didn’t take a chance on ADPi, I would not have learned that with people’s faith in me, I can be a part of a group of phenomenal women without sacrificing who I am.