It’s a Record Year for the Foundation!

At exactly 9am on Wednesday morning, the “Roar Room” (aka the Training Room) at the Executive Office in Atlanta erupted in cheers. The final total for The Alpha Delta Pi Foundation’s Third Annual Day of Giving flashed on the large monitor at the front of the room. $607,000 raised from 1890 gifts!

Just 27 hours prior, the morning began bright and early as Foundation staff gathered together to kick off the event. We went live at 6am EST on Tuesday and immediately, gifts to various designations began to pour in, despite the early hours. Breakfast was served (Chik-n-Mini’s àla Chick-Fil-A, an Atlanta delicacy) just as our special guests began to settle-in for the day. 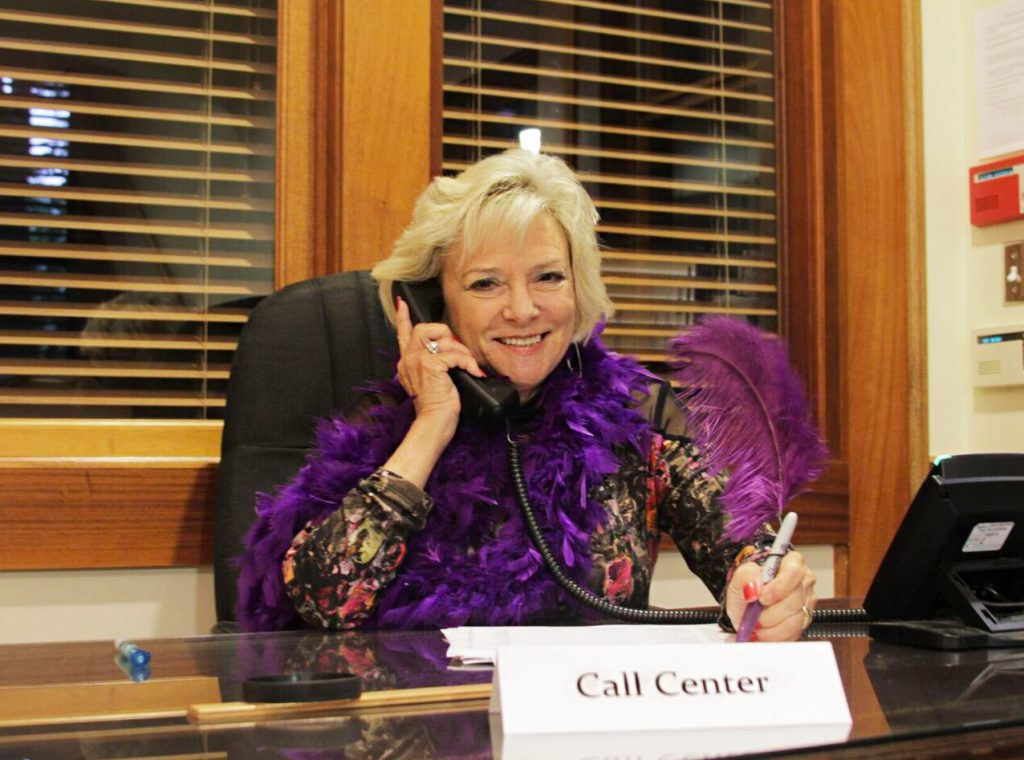 President of Organizational Relations Dawn Victor-Herring, Zeta Eta-University of North Alabama: NPC Delegate Patty Purish O’Neill, Zeta Omega-University of Central Florida; and former District IV Recruitment & Marketing Director Jill Hout Jarvis, Epsilon Nu-Ashland University. Each of them generously gave their time and energy to keep spirits high. Much of their time was spent reaching out to sisters, family members, friends, and beloved Pi Guys across the country to encourage participation, and calling or Facetiming donors to thank them for their support.

The dialogue around the first Day of Giving began in August of 2015, at The Foundation Seminar – a conference held for National Panhellenic Council and Interfraternal Council Foundations to come together and learn best practices. It was apparent that many other groups were having success by hosting a Day of Giving, and our Foundation needed to get in on it. We determined then it could be a fantastic way to conclude our $10,000,000 We Believe Campaign for Alpha Delta Pi.

Foundation Executive Director Jennifer Polley Webb, Epsilon Nu – Ashland University proposed a goal of $164,000, or $1,000 for every year since Alpha Delta Pi’s founding. The response was to set eyes on something “more realistic,” – such as within the ballpark of $30K-$50K. Despite some initial doubt, on July 13th, 2016, the Foundation went on to raise $393,581 through 1,717 gifts, just in time to wrap up the 2015-16 giving year. A record had been set and this monumental accomplishment placed the Alpha Delta Pi Foundation in the #1 ranking of fraternity and sorority days of giving, based on total dollars raised. 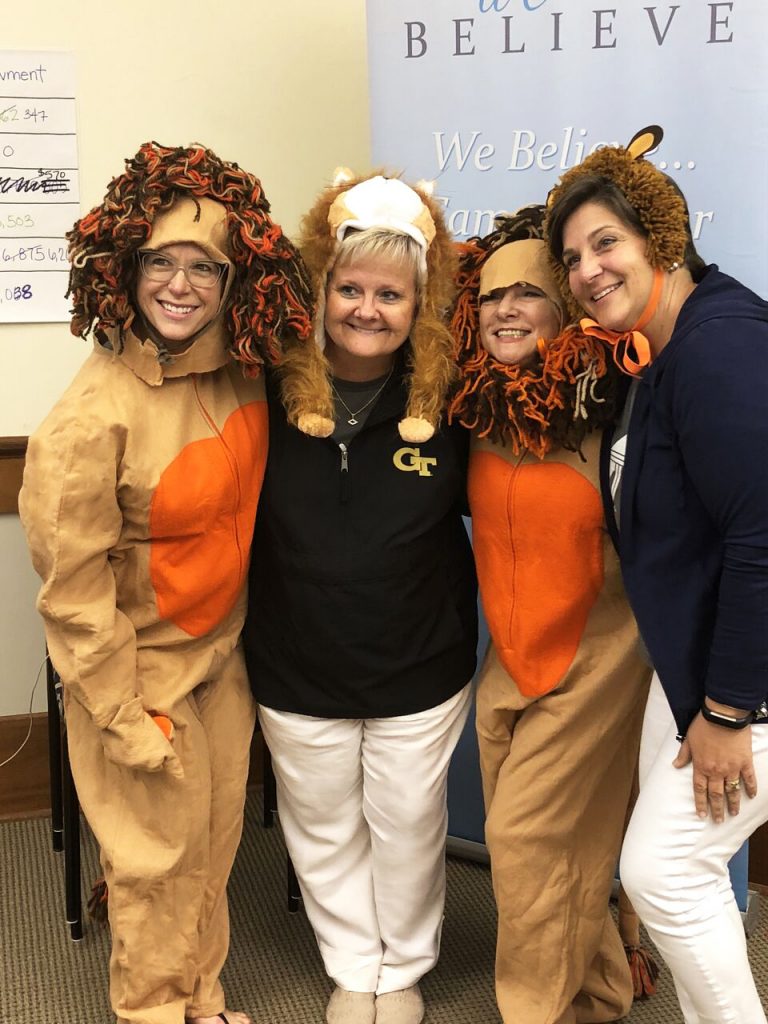 Delta Pi Foundation. On one hand, the intent was initially to complete the capital campaign with a bang; on the other hand, why not do it again? With new strategy, Day of Giving had been anchored to May 15th, to commemorate Founders Day, and the event was aptly themed in honor of the six founding women of the Adelphean Society.  Although the Foundation has never officially publicized a goal, the hope was to find as much success as the year prior.

By the morning of the 16th at approximately 8:45, it was evident to everyone that this will be yet another record breaking year as $393,582 flashed on the screen, with fifteen more minutes left! In those final moments, there was a surge in gifts and nearly $80,000 came in, thanks to several large matching gifts that were unlocked. In total: $475,667 through 2,035 gifts. This year meant more participation from more donors across the globe (45 states and four countries, to be exact) and snagging the #1 ranking yet again. The Alpha Delta Pi Foundation finished stronger than ever imagined. 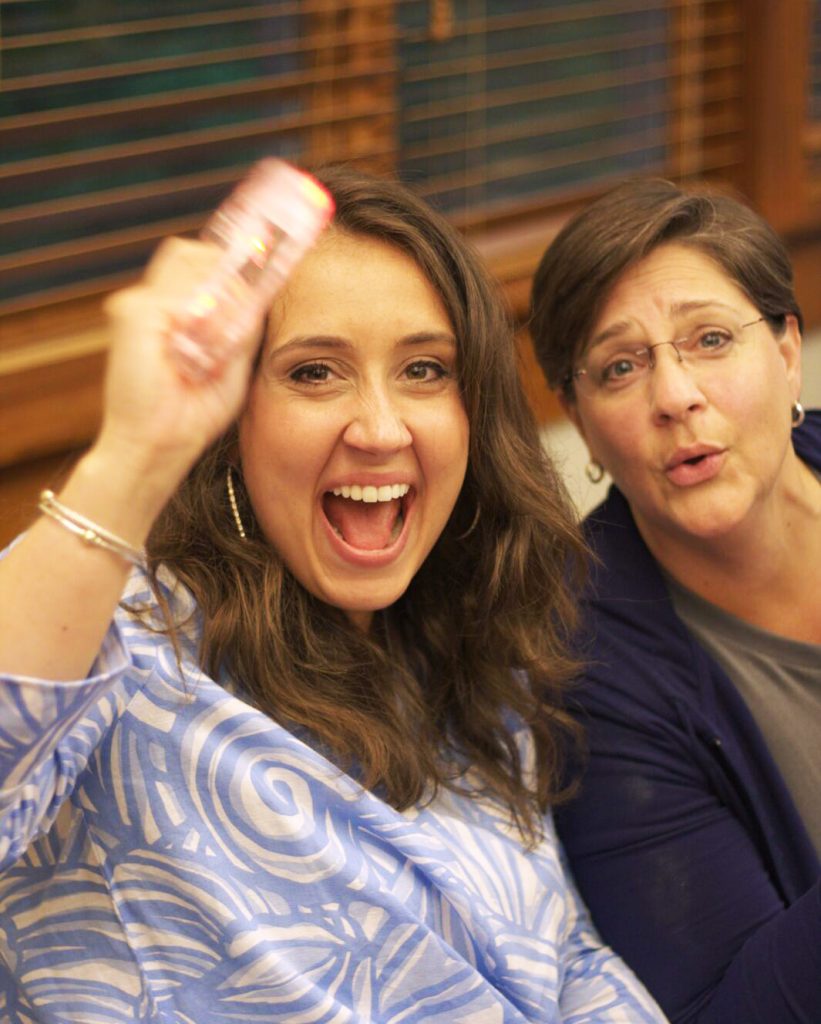 This year,  at about 5pm on the evening of May 15th, a monumentally rewarding realization was made. When the tracker monitoring the total dollars raised reached $130K and some change, Dawn Victor-Herring exclaimed with her LED-technicolor tambourine in hand, “That’s it! We’ve done it! We’ve raised one million dollars!”  If anything was to keep spirits up for staff and guests during the late night hours that lay ahead, it was the truth that $1,000,000 had been accomplished. Imagine, for a moment, if you will, the significance of working tirelessly and selflessly towards a goal, and surpassing it by such magnificent lengths. $160,000 doesn’t seem so lofty now, does it?