Sisters from Coast to Coast | Part 1

Easter was one of my favorite holidays to spend with my good friend and Sister Linda Welch Ablard. We became sisters in the 70’s at Alpha Omicron, Oklahoma State University. While many miles and time zones separated us over the years from Hong Kong to New York City, we finally ended up in the same city…Atlanta. 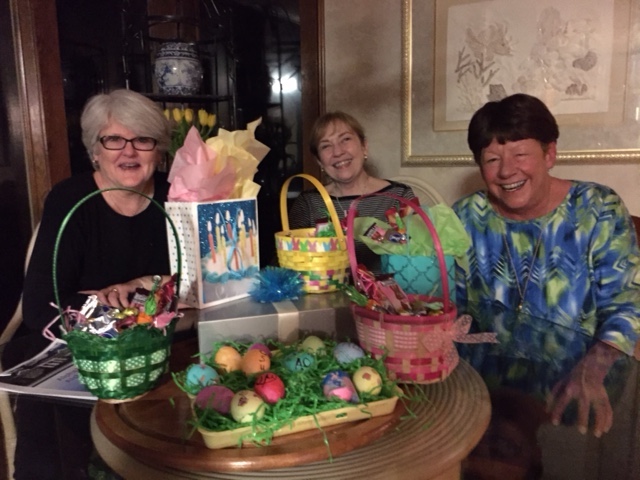 While Linda had a storied and varied career in Alpha Delta Pi, I didn’t really reengage until the mid- 90’s. When I moved to Atlanta in 2000, I became part of the District I Team, and through Linda’s encouragement I got more involved and finally was elected to Grand Council in 1997. I was fortunate to serve on Grand Council with Linda through 2013; I, as International Secretary, and Linda as Executive Director.

But our personal friendship was energized by being in the same city. Linda was a gracious hostess as I was invited to her house for holidays, summer bar-b-ques, and, of course, Oklahoma State games…football and basketball! Nothing was more fun than joining Linda and Gary on the deck at happy hour for a game of cards!

It doesn’t matter how many miles or years are between you, sisterhood and friendship will always stand the test of time. Now that Linda is gone, those memories warm my heart and bring a smile to my lips, especially at holiday time.

Alpha Delta Pi is not four years — it’s for a lifetime. On our blog, we will be featuring stories of sisters who have formed and developed friendships with sisters over the course of years and geographic distance. Many met each other in their chapters as collegians; others met after graduation as volunteers or members of an alumnae association. If you have a special story of friendship with a sister over long distance, let us know!