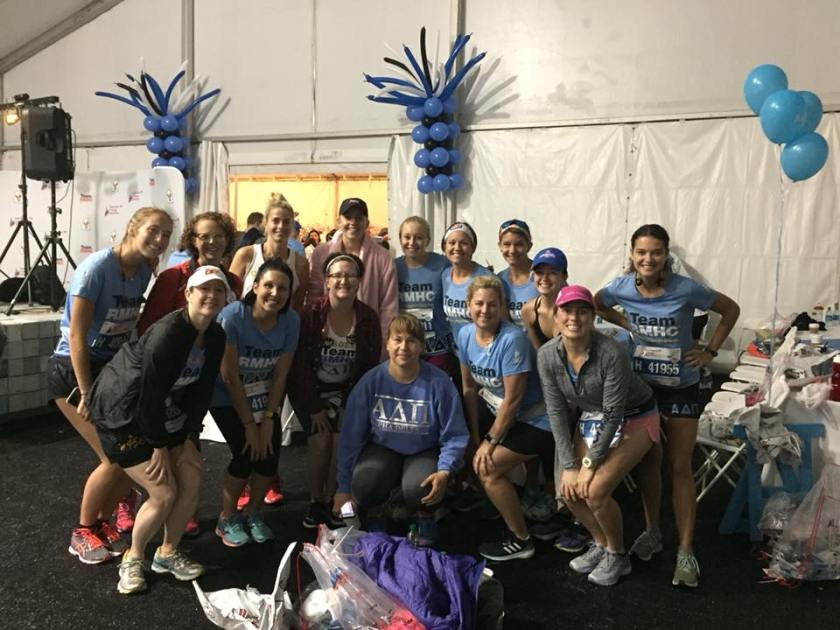 Team ADPi crossed the finish line of the 2017 Chicago Marathon this past Sunday. For some, it was their first marathon. Others, seasoned veterans on Team ADPi running since its inception in 2013. A love of running, love of our sisterhood, and a love for Ronald McDonald House Charities bonding them together. We are proud to report, Team ADPi raised more than $35,000 to support the overall $1,500,000 goal Team RMHC set.

Some of our runners shared why they chose to run the Chicago Marathon on Team ADPi running for RMHC:

One of our Team ADPi marathoners had another reason to run. Sarah Allaway Vogelsinger – Delta Omega, Northern Illinois University shared, “My youngest son was born with a cardiac condition and was unexpectedly transferred to [Ronald McDonald House near] Lurie Children’s, where he stayed for a month. Without RMHC, we would have been unable to stay near him. I’m running to help other families in that situation.”

Whatever the reason they choose to run, we’re incredibly proud to have them represent Team ADPi.