Sisters from Coast to Coast | Part 5

Paula and I met more than twenty years ago when we both served as Collegiate Province Directors. When the sorority re-organized from 4 to 6 districts we were the two new Collegiate District Directors. Then we were two of the first six District Team Directors.  I was one term behind her on Grand Council.

Paula and I are both football fans and have season tickets at our alma maters, so we’ve talked football for years.  When WVU joined the Big 12 it was like Christmas. We have seen every WVU-Oklahoma State football game together since then, meaning she comes to West Virginia in the odd years and I go to Oklahoma in the even years. We’ve done tailgates, Homecomings, an Alpha Upsilon brunch, an Alpha Omicron open house and other fun events during those weekends. Inevitably during the actual game we’d get a text or two from Linda Ablard and Sydnee Jack who would be watching the game together. 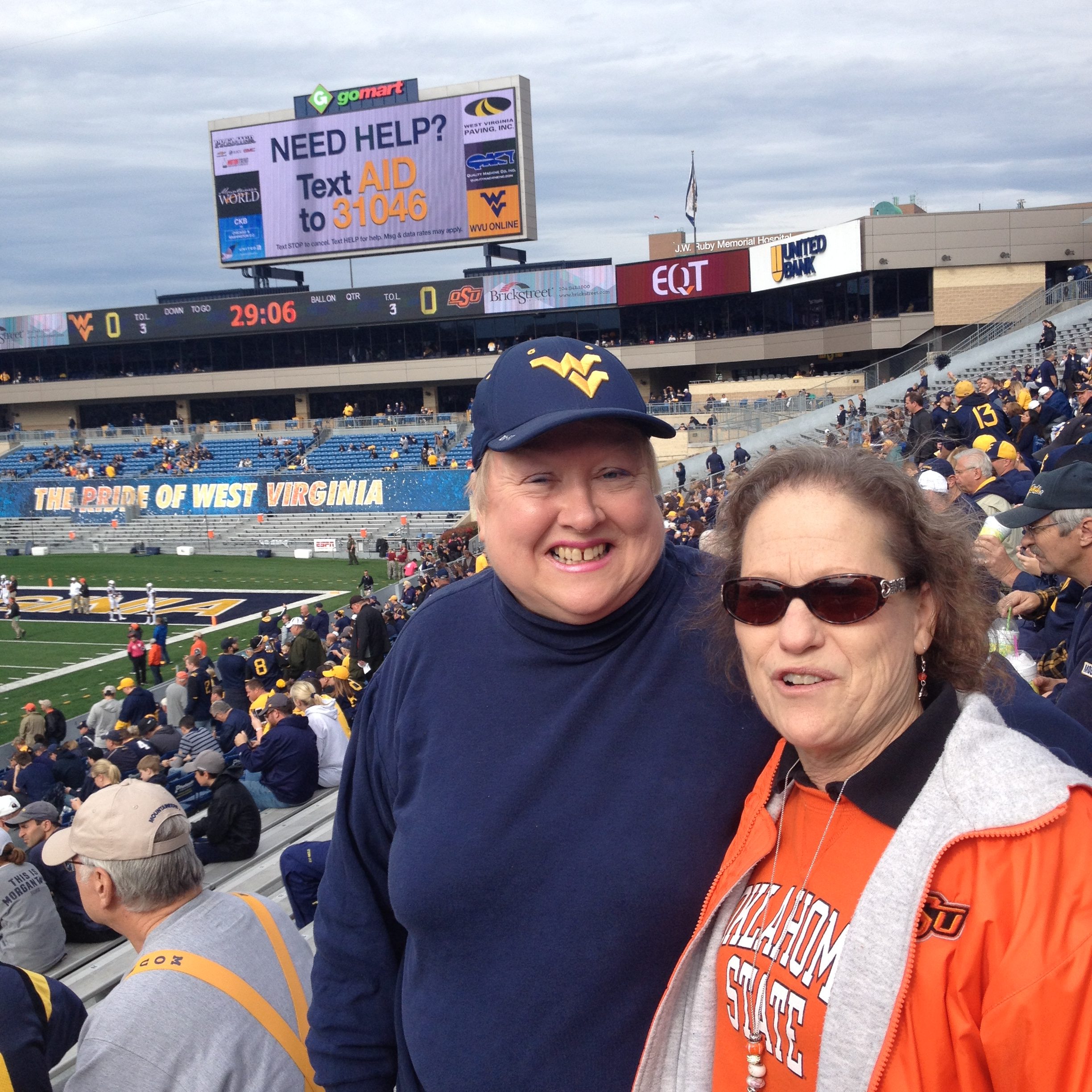 Without ADPi we would have never met. With ADPi we’ve enjoyed decades of friendship with more to come! And yes, I’m going to Stillwater this fall for the Nov 14 game.